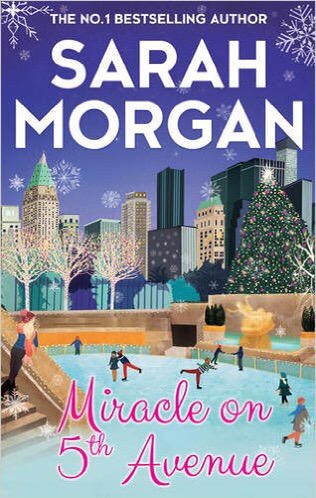 Hopeless romantic Eva Jordan loves everything about Christmas. She might be spending the holidays alone this year, but when she’s given an opportunity to housesit a spectacular penthouse on Fifth Avenue, she leaps at the chance. What better place to celebrate than in snow-kissed Manhattan? What she didn’t expect was to find the penthouse still occupied by its gorgeous–and mysterious–owner.

Bestselling crime writer Lucas Blade is having the nightmare before Christmas. With a deadline and the anniversary of his wife’s death looming, he’s isolated himself in his penthouse with only his grief for company. He wants no interruptions, no decorations and he certainly doesn’t appreciate being distracted by his beautiful, bubbly new housekeeper. But when the blizzard of the century leaves Eva snowbound in his apartment, Lucas starts to open up to the magic she brings…This Christmas, is Lucas finally ready to trust that happily-ever-afters do exist?
Miracle on 5th Avenue is available to purchase here on Pre-order. Out October 1st

I raced through this delightful book in less than a day and, as the nights start to capture us within their inky folds I have to admit this is my second favourite read of 2016 (1).

I’ve been reading Sarah’s books for years, but she’s surpassed herself with MIRACLE ON 5th AVENUE. Sarah can always be relied upon for a good light read and, published under the Harlequin umbrella that’s what I’d grown to expect. But for those dissenters of the ‘Mills and Boon’ brand of this style of category romance I have to tell you this is as far as it gets from the books that have led to a few misguided individuals viewing this publishing giant as ‘the black sheep of the literary family.’ (1)

Eva, soft hearted and loving finds herself manipuled to spend time holed up in a New York apartment with determined cynic and best selling author Lucas Blade. The characterisations are well thought out and believable. I particularly liked the inclusion of his grandmother – everyone should have a gently interfering Mitzi grand type in their lives with tissues in one hand and chocolate cake in the other.

This very much reminded me of a 1950’s movie. You know – the ones with Cary Grant and Deborah Kerr battling it out across an empty drawing room. This book is all about sharp snappy dialogue, of which Sarah is a grand master. Mostly set inside the kitchen, although there are memorable scenes in Central Park and Tiffany’s this dialogue moves the story forward in a way that would cause less experienced writers to fall at the first set of speech marks. Here is a lesson in how to write dialogue from someone at the top of their writerly game.

As a writer I appreciated the skill, effort and time put into creating such a masterly romance. As a reader it was one of the best romances I’d read in years, not just this year. The only question – Sarah, I’d really like to read the thriller you kept cross referencing to…

USA Today bestselling author Sarah Morgan writes hot, happy contemporary romance and her trademark humour and sensuality have gained her fans across the globe. She has been nominated four years in succession for the prestigious RITA© Award from the Romance Writers of America and has won the award twice, in 2012 and 2013. RT Book Reviews has described her as ‘a magician with words’ and she won their Reviewers’ Choice Award in 2012 as well as making numerous appearances in their ‘Top Pick’ slot.

Sarah lives near London with her family, and when she isn’t reading or writing she loves being outdoors, preferably on vacation so she can forget the house needs tidying. Readers can find out more about Sarah and her books from her website http://www.sarahmorgan.com. She can also be found on Facebook (AuthorSarahMorgan) and Twitter (@SarahMorgan_) 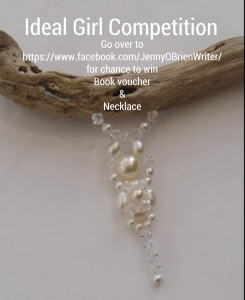 The day Adam Dunne’s girlfriend, Sarah, fails to return from a Barcelona business trip, his perfect life begins to fall apart. Days later, the arrival of her passport and a note that reads ‘I’m sorry – S’ sets off real alarm bells. He vows to do whatever it takes to find her.

Adam is puzzled when he connects Sarah to a cruise ship called the Celebrate – and to a woman, Estelle, who disappeared from the same ship in eerily similar circumstances almost exactly a year before. To get the answers, Adam must confront some difficult truths about his relationship with Sarah. He must do things of which he never thought himself capable. And he must try to outwit a predator who seems to have found the perfect hunting ground…

I love Cork, who wouldn’t! I love it so much I even set one of my books there, but to read three books back on back all focused around this amazing part of Ireland is a little too much of a coincidence for my liking. I’ve a short review and then a long one.

The short review – I am NEVER going on a cruise after reading this book- end!!!

Firstly thanks must go to fellow book blogger Jo at mychestnutreadingtree for her great words. I try not to read reviews before reading the actual book but Distress Signals intrigued me. I’ve read any number of books set aboard ship but these have all been romances so…

So firstly this is a 5 ⭐️ thriller – that’s all you want to know, right?

Distress Signals  isn’t one of those fly by night reads that have only achieved the dizzy heights of fame through clever marketing plays and aggressive advertising. This book has received all its stars the hard way – by Ms Howard writing a very clever book, something which takes time, energy and gallons of coffee!

I’m not going to spoil the plot but Adam being the central character is an interesting study. His development from self centred to frantic is like watching a car crash in that it’s sudden as its devastating. This interspersed with vignettes from Corinne and Romain and an interesting start make this ‘unputdownable.’ I do like to guess the ending – shush – in truth I’m one of those annoying people who can’t let it rest until I know what’s going on. My best guess was a transvestite as a key character – my only plot leak  to you – there’s no cross dressers to be found here.

What if you had to learn to stand on your own feet?Although Stevie lost her parents when she was very young, she’s always been able to rely on her brother, Marsh. But now Marsh is married and Stevie feels like she is losing him too. Determined to prove her independence, Stevie sets about transforming her life, giving up her dead-end job and following her passion for events management.

Her first assignment takes her to a stunning manor house in Oxford where she is tasked with organising a charity ball on a shoestring. Between canapé worries, celebrity guests and trying to keep the hyper-critical Lady Beryl happy, Stevie’s teenage crush, Tom, resurfaces to confuse things even further.

But ‘poor needy little Stevie’ is now ‘Stevie the strong woman’ and she won’t let a man get in the way of her dreams – will she?

A lovely gentle read but with more depth than I was expecting. The characters are so true to life, as are the situations. Which one of us hasn’t felt peeved at being the last to know? Which one wanting to spread our wings despite being thought too young, too inexperienced? Which one – all of us!

This is Stevie, still thought a child by many; a child with the body of a woman as Tom discovers to his cost. This book holds charm within its folds. Is it because of the delightful house set in Oxford complete with gazebo fairy lights? Is it batty work averse Lady Beryl or perhaps it’s the chemistry between the two main characters – who can tell, but the cupboard under the stairs scene will be remembered for quite a while!

So when human remains are discovered on an old farm, suspected to be that of Tommy Burke – a former­ love of both Brid and Evelyn – the village’s dark past begins to unravel. As the frustrated PJ struggles to solve a genuine case for the first time in his life, he unearths a community’s worth of anger and resentments, secrets and regret.

Mr Norton is a brave man. In the style of many public figures before him he has decided to trod that well worn path of seeing if he can write a book. We all know what a good comedian he is, in addition to agony uncle, radio broadcaster – the list is seemingly endless but, as any writer will tell you, this writing lark is harder than it looks. HOLDING, his first work of fiction even now is being examined by many of the great and good book reviewers but actually what’s it really like? Is it worth the £9.99 asking price or should GN stick to what he’s known to be good at?

So what are you getting for your money? You’re getting a murder mystery set in the fictional Irish village of Duneen, where all isn’t what it seems.  The characterisations are well thought out from someone with a good observational eye, but given the author that’s to be expected. What’s unusual is the way he has been able to transfer something he obviously uses as a comedian on to the blank page. His humour is there, but it’s subtle, not the in your face laugh out loud type. There’s sex, but not of the type to upset your granny. There’s swear words, but from a race that interchanges the  Irish verb ‘to see’ with a derivative of the F word  it’s to be expected, and ‘Gobshite’  is such a fantastic term!

This is a good solid read. It’s not Chekhov, but then again it’s not professing to be. It’s actually refreshing to read something that isn’t an Irish parody. The characters are believable. We’ve all met the Mrs Meany type with the balloon pursed lips, in addition to the Garda with more hang ups than the average washing line. I did sort of work out what was happening half way through, but there were still surprises to be had. Like any well plotted mystery the clues are there, and there’s no annoying  ‘The butler did it’ type reveal in the last couple of pages.

So, surprisingly Ireland has a new writer to boast about – but not really all that surprising. If GN ever decides to hang up his  mike there’s another role for the taking. I look forward to what he’ll come up with next.

Thanks to Hodder & Stoughton for the ARC via NetGalley 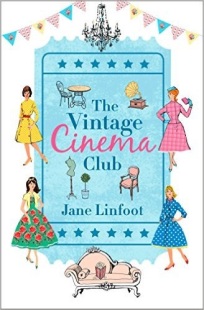 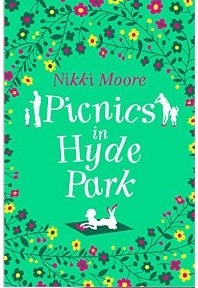 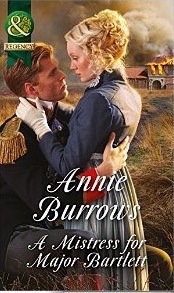 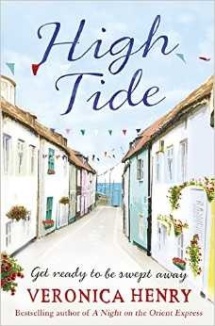 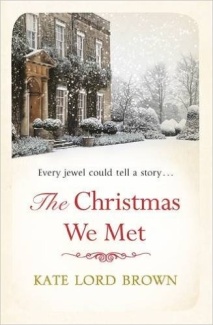 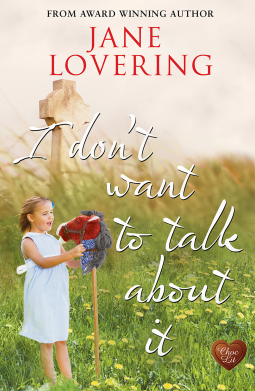 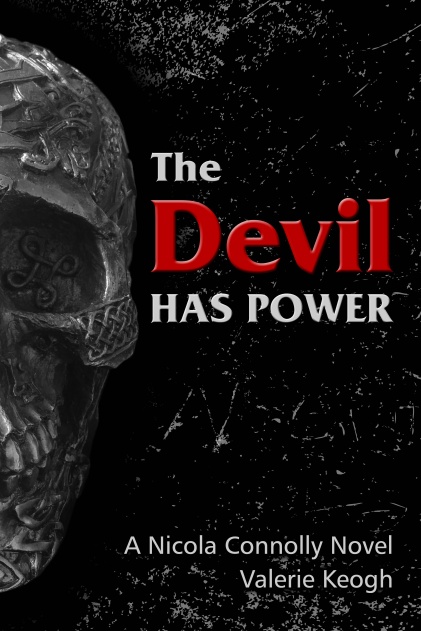 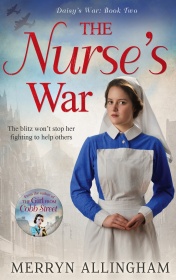 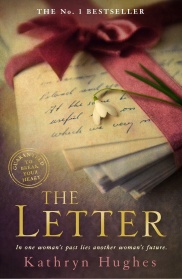